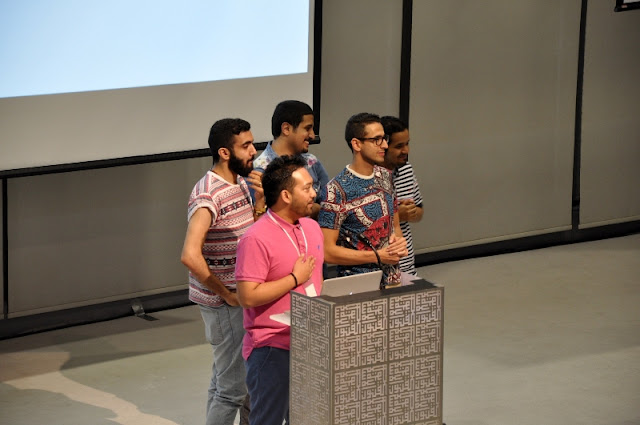 Today we had the pleasure to see the team behind Telfaz 11 at Nuqat conference,  Alaa Yousef, the guy in pink t-shirt, talked about how they first started in 2011 with Fahad Al-Butairi in La Yakthar channel (I think 11 in Telfaz represent the date they started) then through that they come to meet other talented Saudi's in different fields and created Telfaz that have 7 channels under it

One of their latest work is a music video about woman driving in Saudi Arabia (above), by the way, it reached 10 million views as of today.

When I first saw the video, I couldn't understand the message, are they against woman driving or are they supporting it? do I supposed to laugh on the song? does that suppose to be funny ? actually I felt a little bit angry , the video finished without me knowing their views about the subject, I thought they will explain it at the end , but they didn't

Luckly today I got my answer, one of the audience, happens to be a woman from Saudi Arabia, showed her admiration to their work then she said I know what you meant by this video, but do you think other people knew what you meant? do you think they interpreted it right? Alaa answered her question by saying, we don't tell people what to do, this is not intended from our videos, we just want to show you the situation happening here and it's up to the viewer to decide whether its right or wrong. you chose what you think is right, its not us telling you what is right.

Okkkkk, so I think I understand what they meant by it, its like any other video they made before, which is presenting the problems they face in funny and comic way, that doesn't mean that they support it or like it. 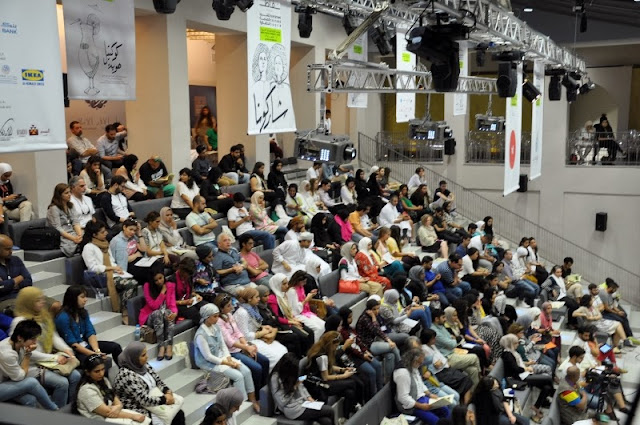