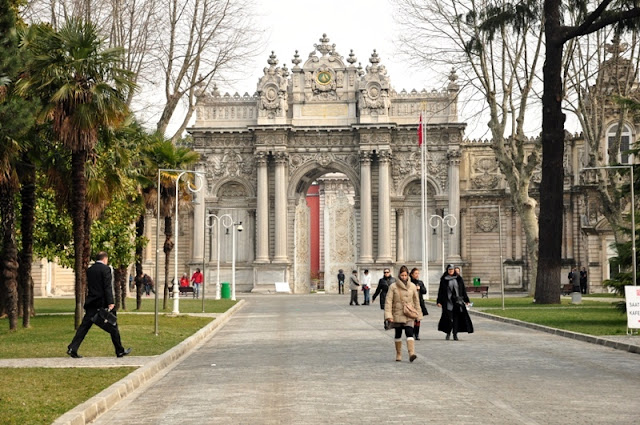 Today we went to Dolmabahçe Palace, the European style palace, served as the administrative center of the Ottoman Empire from 1856 to 1922
of course pictures are not allowed to be taken inside , so I found some for you online, taken by different people 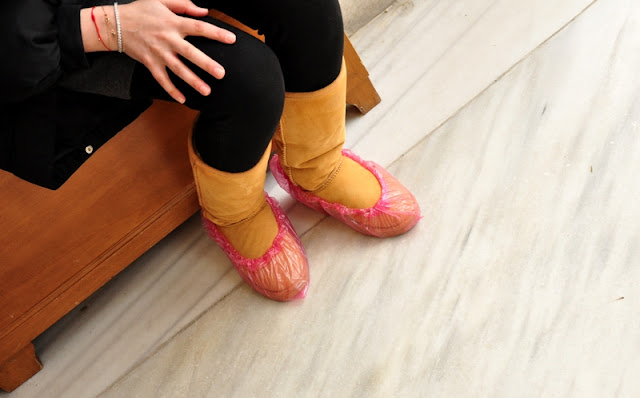 had to wear plastic on our shoes before entering the palace 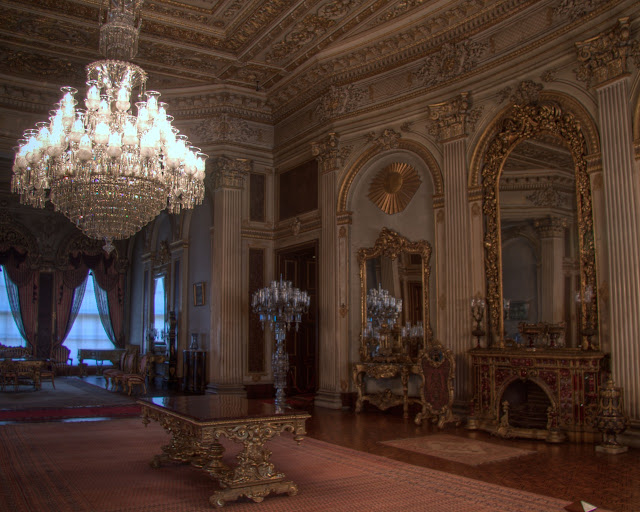 source
I think we are used to seeing interiors like this, because most of Kuwaiti houses looks like it
But what was strange is how small the royal rooms are compared to the size of the palace, I think it all has to do with the weather, if its too cold in the winter, it would be difficult to warm the place up 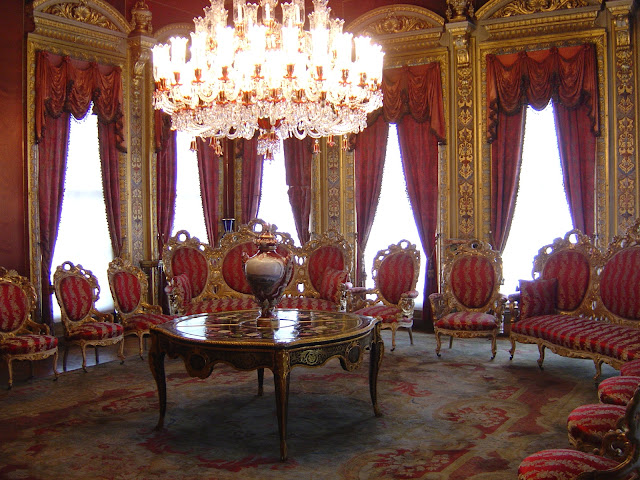 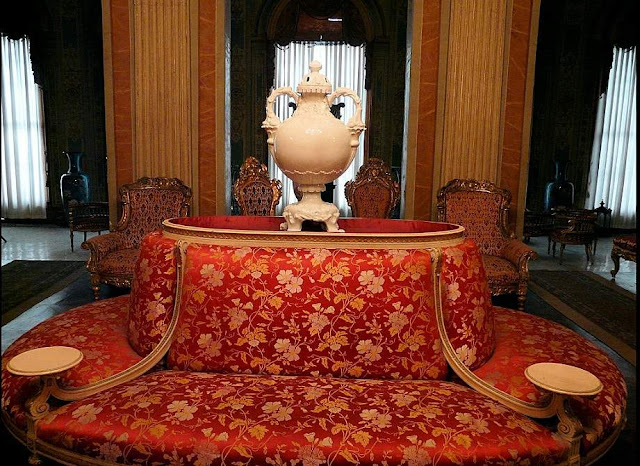 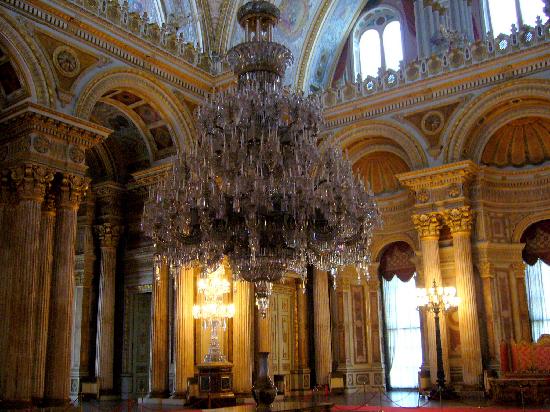 source
Most of the chandeliers are made in Britain or Paris, the largest one was hanged in the Ceremonial Hall, it weighs about 4 tons and has 750 lamps , it was really scary looking at it, it's HUGE 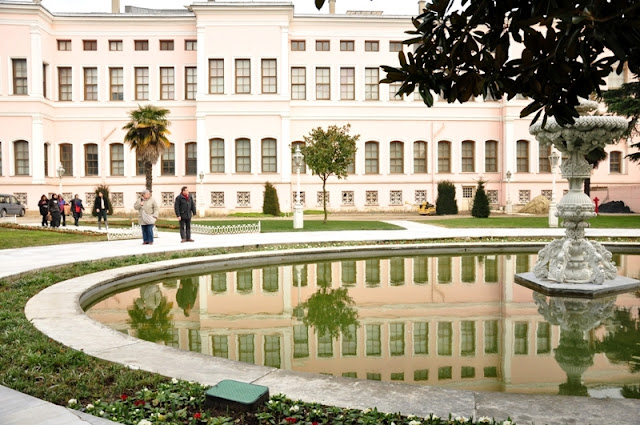 The place is too big, we got tired walking around
the tour guide informed us that it took about 30,000 worker to build it
also they have like 300 servants for the palace at that time 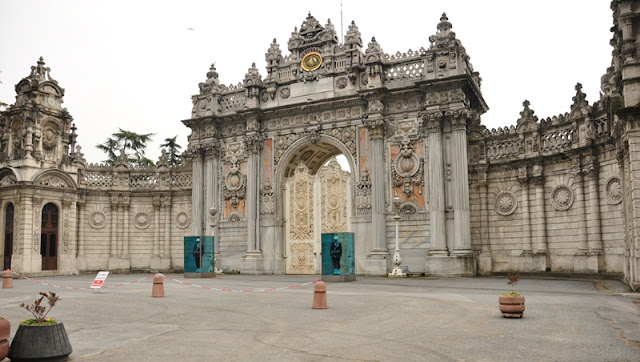 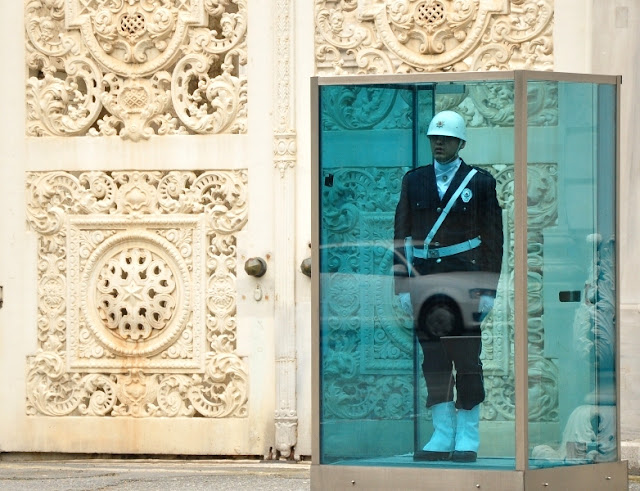 Why is the guard standing inside a box?
is it to keep him warm? I want one

What's Next said…
oh, i hope that you liked dolmabahçe palace as a person who lives in istanbul.. except it's meaning, i think that architecture is also amazing :)